Your Home Away from Home! 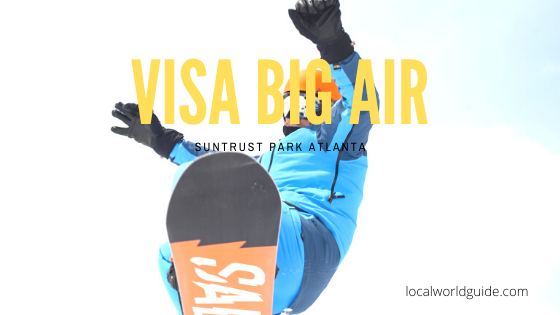 Check out a fun event for families to kick off the holiday season in Atlanta. The event is called Big Air and the venue is the SunTrust Park Atlanta.

800 tons of snow to the SunTrust park stadium to create a surface on which the world’s best freeskiers and snowboarders can perform. Athletes will drop into an approximately 40-degree in-run, then launch themselves off the jump at speeds up to 40 miles per hour to perform their biggest tricks while traveling up to 70 feet in the air.

This will be the first event of its kind to come to Atlanta. This two-day event highlights Olympic winter competitions, featuring the best men’s and women’s big air athletes pf the world.

Check out ticketmaster.com for tickets.